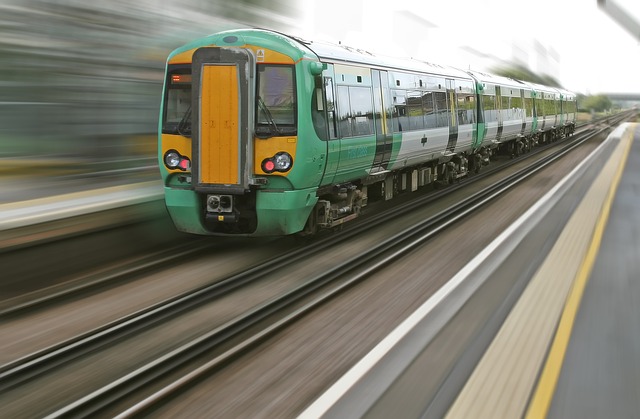 I passionately believe we can still be a leading world player in the future of railways, but we need to get better at learning from the way other industries are reacting and responding to market trends and their use of technology.

Take oil, of which the world still has vast reserves. Consumer attitudes are changing towards environmental issues and as a result the oil companies are working like mad to adapt to a new reality. They are pouring money into technology R&D to open new revenue streams and maintain their relevance to customers.

In a recent article about Shell, a key statement jumped off the page – everything has to start from the customer. Battery powered cars are potentially part of the future, as are hydrogen-powered cars and all the major oil companies are investing heavily in these and other new technologies. Yes, such companies are driven by profit. But they only make profit if they meet customer needs and change as demand changes. The railways are hampered by resistance to change throughout the industry from TOCs to old fashioned unions and short-term procurement with little vision beyond the current ministers’ tenure.

We need to change faster and take on board new innovations that can reduce costs and enable a better customer service. I’m not alone in saying this, yet resistance to change is strong and our ability to develop plans that are then delivered on time and on budget is still very poor. This is well illustrated by the fact that many communities will now not see the benefits of rail electrification. Instead, trains are continuing to run on diesel west of Cardiff to Swansea, and also on the Midland mainline to Nottingham and Sheffield.

Rail electrification, the government has boasted, would bring quicker, greener, more reliable services and be a boost for the local economy. Now scrapped, many communities will never reach the improved level of railway service promised. In the transport secretary, Chris Grayling’s 2017’s updated version of a 2012 Network Rail plan, electrification of 850 miles of railway was at the heart of £13bn for new infrastructure. Now it is not. This is due to the ever-growing cost of the electrification of the Great Western line, whose initial budget of £895m had reached £2.8bn before the scheme was reduced around Bath, and now stopped at Cardiff.

The overspending was admitted in 2015, yet little progress has been made – witness Grayling’s comment: “Network Rail’s progress on improving its efficiency in recent years has fallen short of my expectations.”

Once again, poor management of a major infrastructure project has prevented the use of new technology that would benefit consumers. Surely it’s time we got better at this.