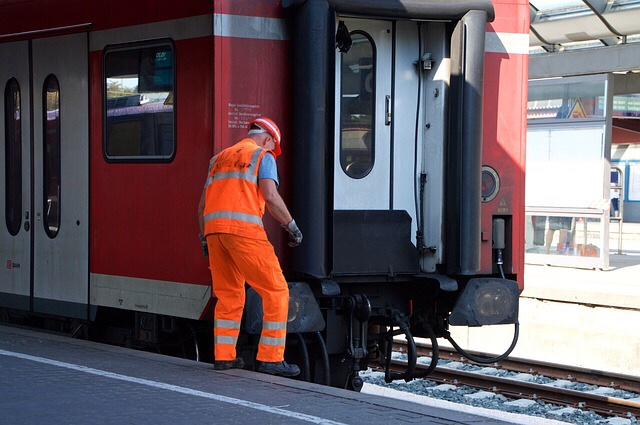 The imminent arrival of a post-Brexit world is bringing into sharp relief the skills gaps in this country. According to figures from the Organisation for Economic Cooperation and Development (OECD), more than 12 million adults in the UK lack the basic digital skills needed in today’s workplace and the UK is the only OECD country whose 16-24-year-olds are no better at literacy and numeracy than those aged 55-65.

Looking at traditional trades, a survey by DIY chain Screwfix in 2017 of thousands of workers, found that this shortage is pushing up wages. As Brexit bites and foreign tradesmen begin to go home, we will have to turn to homegrown workers with apprentices earning around £2,000 a year above the national average by 2022 as they learn on the job. The Screwfix survey found that the highest earners will be plumbers and electricians, with pay set to reach £31,000.

Graham Bell, Screwfix chief executive, said: “The research supports our belief that a trade apprenticeship is a strong career choice for young people. For those starting out, apprenticeships offer a great career choice without the burden of large debts from university fees.”

Record numbers of young people are becoming apprentices and, with a new employer levy encouraging more firms to get involved, this trend looks set to continue. For example, figures from the Dept. for Education reveal more than 900,000 apprentices in 2015-16 – the largest number since records began.

In April 2017 the Government introduced the Apprenticeship Levy for firms who pay more than £3million a year in wages. Employers pay 0.5% of their wage bill and are given a £15,000 allowance to offset the cost. Together with the Institute for Apprenticeships, a new independent body tasked with vetting new, more workplace-relevant apprenticeship standards created by employers, this is a major step forward in promoting apprenticeships.

As with traditional trades, so with the professions. I read of a law firm that was ‘surprised’ by the quality of candidates and the quantity – 100 applicants for 3 places. If the case for apprenticeships is proven, what’s missing are two things – awareness and guidance.

When I was at school, the careers advice dept was considered a joke. It’s better today, but still patchy and from my daughters’ experience still unable to really guide young people through alternate routes to university. This was reinforced by a research report from The 5% Club which aims to create ‘momentum behind the recruitment of apprentices, sponsored students and graduates into the workforce’. They echo a report form Grant Thornton that parents don’t know where to turn for advice on apprenticeships so they can guide their children.

Lady Cobham CBE, Director General of The 5% Club, highlighted the issue by saying…” While young people are supported and steered towards applying to university, there is no equivalent support mechanism for those looking to apply for alternatives such as apprenticeships.”

If we’re going to be serious about promoting apprenticeships, then surely more of these structures need to be put in place. Now that we are letting fewer skilled people into the country and have to ‘grow our own’, we need to get our act together or there won’t be the skilled people we need to keep the country operating properly.