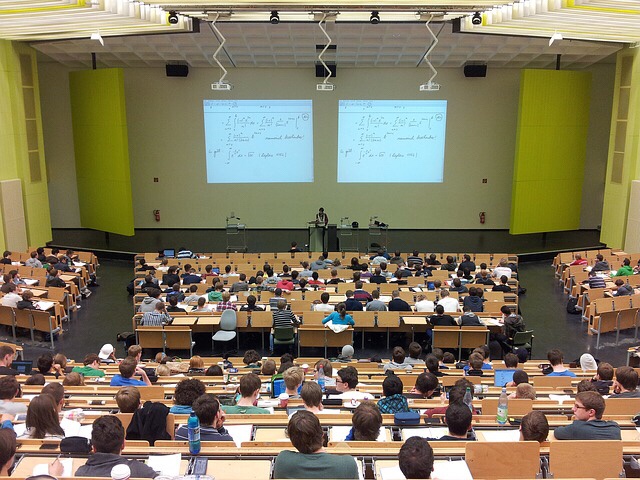 As we approach the new academic year and with so much in the media about value for money, let’s take a step back and remind ourselves what universities are for.

In 1931, Prof. S. Alexander, O.M, F.B.A a philosopher of great repute, described ‘a university as an association or corporation of scholars and teachers engaged in acquiring, communicating, or advancing knowledge, pursuing in a liberal spirit the various sciences which are a preparation for the professions or higher occupations of life’.  A noble vision, with universities being centres of excellence in learning that help prepare young people to be able to make a positive contribution to society, thereby making it better for all.

2001 and Tony Blair declared that by 2010, half of all young adults should go to university and that this would help them to get highly-skilled jobs. Then came reality in two forms – first, the country can’t afford to subsidise every young person who wants to experience university life so they have to pay for themselves and, secondly, not everyone is suited or wants to go. The financial aspect is crucial. Public expenditure is forecast to be £817.5b in fy19. Of this, £87.7b will be spent on education, roughly half of what we spend on pensions, with £4.4b on higher education.

Universities receive less funding from grants and have replaced this through fees, in particular from foreign students. But where is the money going? Headlines on the salaries paid to Vice-Chancellors of Bath and Bath Spa universities, £471,000 and £371,000 respectively, raise an interesting question – are universities academic institutions contributing to a better society or have they become profit-generating enterprises?

Sun Kwok, Dean of Science at the University of Hong Kong in 2015 said that a university education, “isn’t just about enhancing one’s career prospects. At its best, a university should broaden students’ minds and horizons, allowing then to discern connections and analyse problems successfully, thus empowering them to change the world. A broadly educated student is one who is empowered to make a difference.”

However, many students are challenging what seems like an antiquated view in a hard world where their reason for taking a degree is to get a job. Against this not unreasonable criteria, many seem to be failing with several high-profile case of students suing their university for poor teaching that led to less than expected grades with serious career limiting consequences. This is placing pressure on universities to raise standards, in particular one-to-one student / lecturer time and cut courses that lead nowhere, which then drives talk of fee increases.

Does the university sector need to shrink? The new regulator, the Office for Students (OfS) says failing universities will be allowed to fail. In effect therefore, the market – students – will decide which offer good value.

Critically, with the latest A level results revealing there are thousands of unclaimed places in the forthcoming academic year, and many Universities offering financial incentives to attend, they appear not to be offering value. This is supported by research figures from the Sutton Trust which identified that only 75 per cent of 16-year-olds surveyed in a poll thought it was important to go to university, down from 78 per cent last year and a high of 86 per cent in 2013.

It’s all about supply and demand and right now many young people are deciding that they don’t want to buy what universities offer.

Time for a re-think?